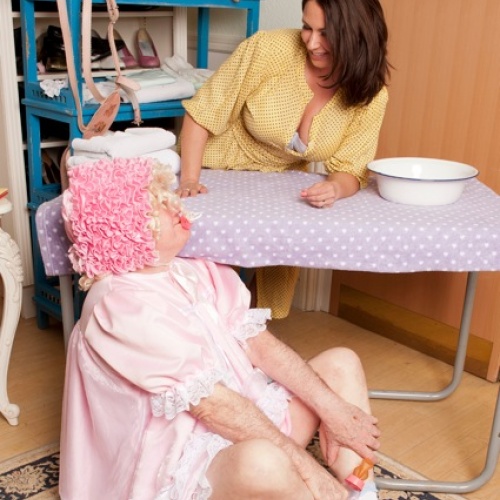 Had a session with Momma Bea ? Send a Testimonial
Twitter

Hello my name is Bea, you can call me Momma Bea.

I have wondered for a long time why I like to nurture and cuddle those around me.  I have wondered why it gives me the greatest sense of satisfaction to have my special boys and girls in my arms, drifting off to lulabyes.

The answer is quite simple I am naturally maternal. However, if my baby decides to misbehave, over my knee you go for a sound spanking or corner time.

The Meaning of ABDL

ABDL play; sexuality, loss of status or control, and change in role. In scenes that emphasize sexuality, the diapers would be used like other fetish objects or kinky toys. These encounters might not involve roleplay, and might not be formal scenes.

Finally, there are ABDL scenes that emphasize a change in role. This doesn't involve a sense of loss, but another identity. The ABDL isn't a man deprived of adulthood, but a baby free to be itself. This is analogous to the transvestite who sets his own femininity free, or the sub who's bondage liberates him from responsibility. They may have less status or control, but there is no sense of loss.

Activities that I enjoy